Plant Breeding is a collective term for “the science of changing the traits of plants in order to produce desired characteristics”.

It is a deliberate effort by humans to improve certain characteristics or traits of a plant. Just like farming, plant breeding has been practised for thousands of years. Plant breeding has, and continues to influence the world around us, as it affects society on many levels; from what you can get in the (super)markets, diet, medicin availability, fuels, clothing materials etc. You may not realise it, but when you buy a product or make use of a service, there is an extremely large chance that bred plants have attributed to it. 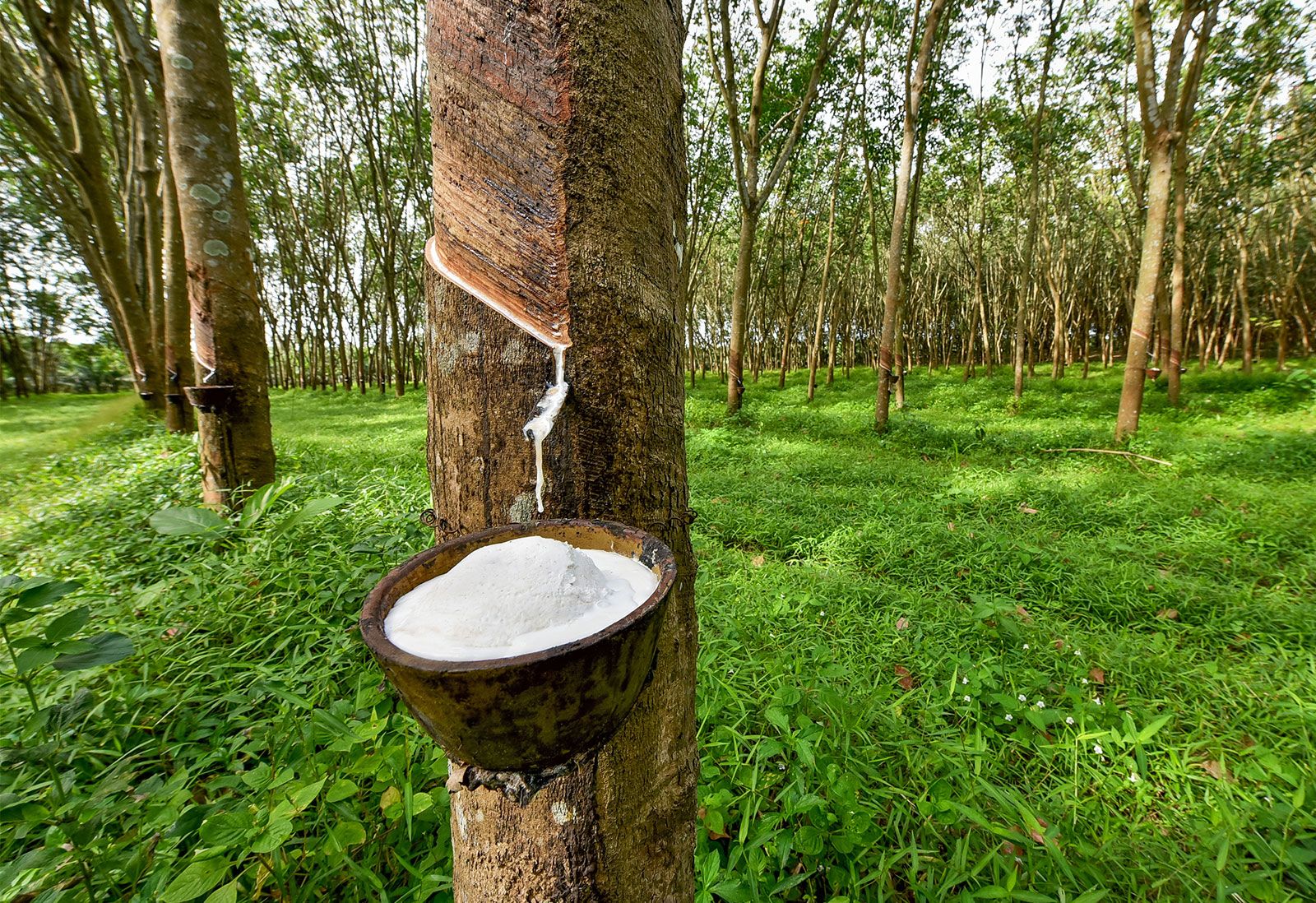 Do you know what product is being produced here by these trees? It is fresh rubber from the rubber tree! Responsible for tires, gloves, toys, boots and much, much more! Source: Encyclopedia Britannica

So good on you for wanting to read more about it!
Click on the following tabs above to continue.

Through the course of human evolution, we progressed from a “hunter-gatherer” lifestyle, where society was pre-dominantly nomadic in nature and relied on wandering from region to region to hunt animals and gather edible plants to a point where we have mastered the principles of agriculture and used it to domesticate a plethora of plants and animals for human consumption.

All of this occurred, over 10,000 years ago, when our forefathers had the brilliant foresight to rather sow their seeds and take care of their plants which would yield them plenty of food thereby limiting the need for frequent migrations marking our society’s transition towards the farmer lifestyle and beginning of human civilizations.

With this idea to grow edible crops, more ideas on farming were developed. Early farmers began to realise that storing seeds from plants displaying ideal traits in terms of yield or lengths or bushiness or disease resistance or even colour and using them in the next seasons resulted in similar or even better plant characteristics in certain instances.

In other words, at the end of each season the farmers started to select seeds of well-performing plants for subsequent seasons. As a result of this selection, the plants started to look distinct compared to their ancestors; and were accompanied by unique desirable characteristics such as higher yields or tastier fruits / seeds etc. In this way, we developed several unique local varieties!  What started out as an art developed into a precise science over the next 10 millennia. We can therefore, refer to the people who started this process of selection as “the early plant breeders” as those who are involved in practising modern plant breeding have utilized several principles derived from the farming concepts developed since the dawn of the human civilization.

To this day, modern plant breeders essentially still do the same; they still strive for new varieties that can be beneficial to farmers and humankind. However, with modern tools, a lot of experience, and knowledge, plant breeders now can scientifically select for more specific traits, rather than be dependent on chance occurrences.
For example, plant breeders are keen on developing varieties that ….

1. Show resistances against pests.
The latter could be very helpful for farmers, as resistant crops do not require chemical or biological pesticides, which can sometimes be harmful to human, animal, and environmental health.

2. Show improved tolerance against environmental stresses.
Plant breeders may for example strive for maize that can grow in poor conditions, like drought-prone regions, or in salty soils. Farmers who have to grow crops in such an environment often do not get high yields, as crops often suffer from poor conditions. With crops that are better ‘equipped’ against such stresses, higher yields can be obtained and the farmer’s income can be more secure!

3. Contain increased concentrations health-related compounds.
One can think of lettuce and tomatoes that contain extra vitamins and minerals, so that salad consumers become even healthier!

4. Are more efficient in resource uptake.
Resources that are necessary for plants to grow are minerals, water, sunlight and specific molecules of which nitrogen (N), phosphorus (P), potassium (K) are very famous – very common in fertilisers!  As many of those resources such as concentrated molecules and fresh water are quite scarce, breeders aim for making the crops have better uptake. At the moment, plant breeders are trying to develop rice that requires less fresh water use. Although most farmers still use rice paddy fields (with plants drowned in water), they require a lot(!) of fresh water, whereas the rice plants that are more efficient in water uptake do not rely on such high amounts. Some plant breeders have a lot of high hopes to develop and breed for such ‘dry rice’, so that fresh water can be used for other important goals instead of flooding the rice fields.

The definition of Plant Breeding might be fixed: “the science of changing the traits of plants in order to produce desired characteristics”.

However, there are various approaches that may be adapted to get the desired effect in plants. The approaches are classified into categories that are mostly based on the techniques that are used. We mainly classify between conventional breeding (also known as classical breeding) and modern breeding (using New Plant Breeding Techniques). Click below to get through to the next page that you are interested in.
It is recommendable to start out with conventional breeding, and later move onto the New Plant Breeding Techniques!

Feel like playing a challenging game of recognizing the ancestors of our common vegetables and fruit?Play our game called “Who is the grandparent of the cauliflower”! 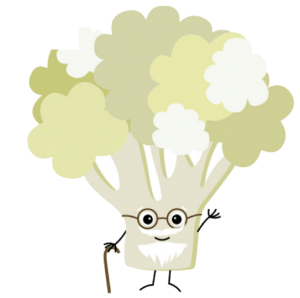