Want to read, watch and learn more about New Plant Breeding Techniques?
We are currently working on compiling a list of online resources that are freely available.

Hidde Boersma, a Dutch journalist, made an interactive article for Al Jazeera. It is definetely worth looking at if you are interested in seeing the effects of what genetically modified crops can mean for farmers

Ever wondered if CRISPR can be explained in an easily accessible manner? Or do you want to test your knowledge about CRISPR?
Watch this video below!

The Genetic Literacy Project, or GLP, is a non-profit organization with the following mission statement: “The Genetic Literacy Project is committed to aiding the public, media and policymakers in understanding the societal implications of genetic engineering, promoting science literacy, and ensuring that we have transparent, ethical and science-based regulations so society can fully benefit from biotechnology innovation”. Source.

They provide newsarticles and opinion pieces on their website about a wide variety of green biotechnology topics such as agriculture, biotech communications and new plant breeding techniques. Their high quality articles provides a  counterweight to all the misinformation that exists surrounding green biotechnology. Not only here in the EU, or in the USA, but especially in developing countries.

As their mission aligns with our mission, we share some of their articles related to New Plant Breeding Techniques below. For the interested reader, find their articles on the Genetic Literacy Project website: https://geneticliteracyproject.org/.

For as much as humans benefit from technology, we’re generally fearful of innovation, it seems. Nothing illustrates this better than the controversy over GMO crops. After more than 20 years of using biotechnology to improve our food supply, scientists and farmers continue to battle widespread misinformation that keeps consumers and many public officials around the world fearful of plant breeding tools that are clearly safe and effective.

The recent arrival of new breeding techniques (NBTs) such as CRISPR has enabled scientists to cheaply develop desirable food crops with a level of speed and efficiency that wasn’t possible just a few years ago. But these plant-breeding innovations could also help the scientific community dampen the public’s fear of new technologies, potentially shifting how society thinks about food safety and innovation on the farm.

Standing in the way of this science outreach effort are critics of crop biotechnology, who commonly refer to NBTs as novel, untested methods of manipulating the products we buy at the grocery store. Their overarching concern seems to be that increasingly precise plant breeding tools will introduce some unexpected harmful element into our food supply. Commenting on a recent study investigating CRISPR, geneticist and frequent critic of biotech crops Michael Antoniou claimed,

The discoveries described in this study add to the increasing number of ways in which gene editing can go wrong. Regulators need to fully take on board these and other findings of off- and on-target unexpected outcomes from gene editing and subject all products produced with these methods to a comprehensive health risk assessment before considering market approval.

What Antoniou and other skeptics overlook, however, is that these emerging techniques are remarkably similar to their much older predecessors, only far more precise. NBTs involve making very specific changes in the genome of a food crop, on the order of one or two nucleotides.

Misunderstanding this basic concept of plant genetics leads many activists to claim that gene-edited crops that are effectively identical to their conventional counterparts somehow present a new risk to human health or the environment. On the contrary, we know more today about what happens when we edit the genetics of food crops than we ever have. There are many examples of mutant crops that have been with us almost since the beginning of agriculture that help illustrate this point.

Mutations are nothing new

Let’s take a look at several cultivars that present mutations that have been preserved and disseminated by humans across generations. In the case of wheat, for example, seeds were once dispersed naturally by the wind and animal activity, but a mutation in the crop’s genome now keeps the seeds in the plant to be harvested later. A 2015 study describes this feature, known as a “grain dispersal system,” that was also unconsciously used by farmers during barley domestication to select seeds with a non-brittle rachis (the main stem holding the grain shaft together). Wild barley apices are brittle at maturity due to thin cell walls at rachis nodes, a characteristic provided by two genes (Btr1 and Btr2). During domestication, deletions in those genes gave the rachis its non-brittle quality.

Another example of natural mutation can be seen in wild roses. 1000 years ago, a mutation disabled a gene in wild roses that represses flowering, which changed the roses from seasonal flowering to recurrent flowering. This mutation, along with many others that happened during the domestication process, helps explain why we can find big, beautiful roses everywhere.

Smallholder farmers in Mexico using a cropping system known as milpa to grow corn and beans provide yet another useful illustration. After the harvest every season, these growers choose the best corn plants based on their knowledge and preferences to preserve the seeds of these varieties and cultivate them the next year. The desired characteristics are usually the result of sporadic mutations that lead to a different color, shape or size of the grain. 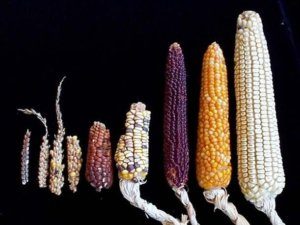 Selecting for mutant genes is still the foundation of plant breeding today. But with new breeding techniques, it’s possible to recreate these mutations and make other specific changes to the genome of a cultivar that aren’t possible using conventional breeding methods.
With the introduction of genetically modified (or transgenic) crops in the 1990s, a regulatory framework worldwide was developed to safeguard the environment, human and animal health. But what happens to crops that resulted from natural mutations? They are largely unregulated because they haven’t posed a risk to human health, despite the fact that we don’t know exactly how their DNA has been changed over the centuries.

Meanwhile, activists want NBTs, which are far more precise than conventional breeding methods, to be very tightly regulated, to the point that they are effectively banned. This is how the regulatory situation stands in Europe today, to the chagrin of the continent’s biotech scientists.

This is a shame because new breeding techniques are powerful tools that, if fully adopted, could help expand the biological diversity of our crops. Wild plant varieties could be used to generate even better cultivars to help farmers surmount challenges unique to their local environments. For example, the wild ancestor of maize (corn) has been studied by geneticists in order to understand how it adapts to different conditions such as high and low elevations and varying climates. This understanding could potentially help develop cold-hardy corn lines for high-latitude regions, as well different varieties better suited for warmer regions.

Novel techniques such as CRISPR have been in the spotlight in recent years. A wide range of opinions has been shared through social media and in the mainstream press, as policymakers debate how these new techniques should be regulated.

As that policy debate continues in Europe and elsewhere, the fact remains that safe, nutritious gene-edited crops are ready to be commercialized—and they usually can’t be distinguished from varieties developed with a conventional breeding method. Opponents of NBTs may never comprehend this basic lesson of plant genetics, but that doesn’t mean regulators have to follow their lead.

Luis Ventura is a biologist with expertise in biotechnology, biosafety and science communication, born and raised in a small town near Mexico City. He is a Plant Genetic Resources International Platform Fellow at the Swedish University of Agricultural Sciences. Follow him on Twitter @luisventura

The GLP featured this article to reflect the diversity of news, opinion and analysis. The viewpoint is the author’s own. The GLP’s goal is to stimulate constructive discourse on challenging science issues.

Below you can read and discover what New Plant Breeding Techniques are used for at this moment. In Europe, New Plant Breeding Techniques are only used for scientific purposes. Several research projects that show a wide variety of purposes are highlighted below. There aren’t too many at the moment due to the heavy restrictions in Europe, but feel free to find out more about these projects!

The €7.3 million project supports the establishment of a responsible innovation pathway for the development and application of New Plant Breeding Techniques (NPBTs) for chicory as a multipurpose crop for the production of high-value consumer products, in line with societal needs and concerns. CHIC aims to strengthen chicory as a production system for high-quality dietary fibres and establish it as a source of bioactive terpenes (for the development of new medicine). Besides, CHIC evaluates the technological performance of these new plant breeding technologies, as well as the safety, environmental, regulatory, socio-economic and broader societal issues associated with them.

The consortium includes SMEs, an industrial partner, non-profit organizations and research institutes from 11 European countries and one from New Zealand.
For more information:
http://chicproject.eu/what-is-chic/ 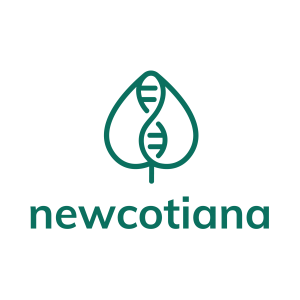 NEWCOTIANA is an ambitious European project worth 7.2 million euros involving companies and research centres from seven European countries together with the Technological University of Queensland in Australia, all of them coordinated by the Joint Institute of Molecular and Cellular Biology of Plants of Valencia (IBMP-CSIC).

NEWCOTIANA aims to change the way tobacco is used. More specifically, it’s goal is to replace the plant’s use of smoking (nicotine) and to develop tobacco that produces value substances used in medicine and cosmetics. To this end, researchers will progress in the adaptation of new high-precision breeding technologies such as CRISPR/Cas9, and apply them to the improvement of tobacco genome and other related species. In this way, the aim is to revalue the traditional cultivation of tobacco, providing it with new uses compatible with health and contributing to revitalise tobacco areas in decline with products with high added value more in line with the knowledge economy. 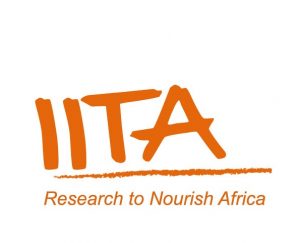 The banana is prone to several severe diseases, which significantly decrease yields globally. A team of scientists from the non-profit IITA (International Institute of Tropical Agriculture) is working on developing strategies to make the banana more resistant. First results using CRISPR/Cas9 show that genetic editing is a valid solution to make banana resistant to the Banana Streak Virus (BSV), the first results are already published.
You can read more about it here:
https://www.nature.com/articles/s42003-019-0288-7

For more information on IITA and their research projects:
https://www.iita.org/research/our-research-themes/

Why Plant Scientists are interested in New Plant Breeding Techniques