Selective breeding is the oldest form of plant breeding and has been used for thousands of years to first domesticate plants and later improve them. This technique in its basic form is quite simple. 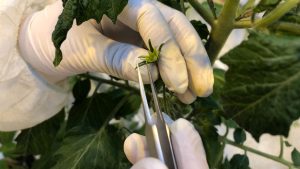 In selective breeding, a breeder searches for plants which contain the desirable traits that the breeder wants to incorporate into his own domesticated crops. Usually these diserable traits can be found in the wild relatives of the crop.

However no plant is completely perfect! So along with the gene of interest from the wild-relative, there will undesirable genes also introduced into his hybrid crop. To get rid of these undesirable genes, the breeder will cross the hybrid progeny with the parent crop over several generations untill in the end his new crop variety has a stable genetic makeup largely composed of the parent crop along with the gene of interest from the wild relative.  This is called selective backcrossing. This technique allows breeders to introduce new traits into their crops, thereby improving crop quality and providing a variety of options for farmers.

However making a new variety by this approach can take many many years, utilizing an enormous amount of resources and sometimes breeders may not always find their desirable traits in nature! 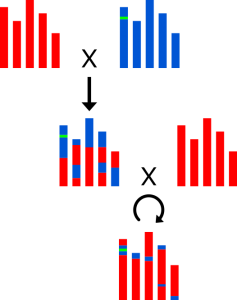